One of Ajahn’s supporters is in a fairly advanced stage of kidney cancer. I’ve seen her come out of the house to offer food to the monk, but lately she has not been coming out. Every morning, her daughter fills Ajahn on the latest news. Yesterday and today, Ajahn was invited (and me, as his attendant) inside the house to offer a blessing. Her husband and I knelt on the floor while Ajahn sat on a chair opposite her bed, from where she told him of her condition. Her face had a look of great pain on it. Ajahn listened patiently and spoke a few words softly before intoning a prayer for her. We were in the house for no more than five minutes. 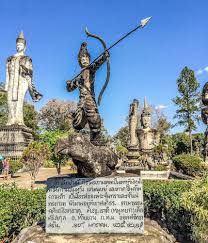 When we resumed the round, Ajahn seemed concerned, and explained that she was in a great deal of pain. But his concern wasn’t so much about the cancer as about the fact that she is not accepting her condition. He said she was angry at her cancer, and was fighting it. He she was causing a lot of avoidable suffering for herself, on top of the unavoidable pain of the disease itself. He said he has been trying to nudge her kindly in a direction of acceptance and peace, but it had not yet worked. Probably not so easy, I thought.

In one of his teachings, the Sallatha Sutta, the Buddha talks about the 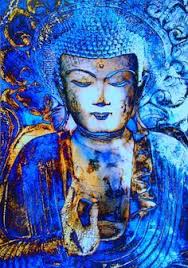 Ajahn said he hoped she would find some peace before she passed, but that this would only happen with acceptance. How strange, I thought, how much suffering we cause ourselves, despite being supposedly so intelligent. In fact, it seems to be the price of intelligence. I often see animals who are obviously in pain, but they don’t have a story about it. A three-legged dog will have as much fun playing as the other dogs, because he doesn’t lament the loss of his leg. Dogs cannot produce second arrows, but our minds seem to specialize in fabricating them. In fact, I wonder if most of our suffering isn’t caused by the stories we tell ourselves about our lives, rather than by our lives themselves.

One thought on “The Second Arrow”