“If you want to be happy, you have to learn to turn down the mind’s bait,” said Ajahn softly. We’d been talking about the effects of giving in to the mind’s desires. “The mind is a trickster, luring us with promises of happiness if we just follow this or that thought. The Buddha says we all want happiness, but we usually go about it the wrong way, and we end up unintentionally causing suffering for ourselves. Thoughts enter our mind, and we act on them out of desire or aversion, thinking that this is the way to happiness. But do they really deliver on their promise? You take the bait, and you’re hooked. You feel good for a moment, but only for a moment, so you quickly want something else. So you take another bait, and another, and before you know it, you feel bloated and disgusted. When we listen to our minds, we are perpetually unsatisfied, but we never stop to see what’s actually going on. We are so used to this state of affairs that we assume that our gnawing sense of discontent is normal, and that it will go away if we can somehow perfect the art of satisfying our desires.”

I thought about this for a few seconds. “But Ajahn, I objected, does this mean we shouldn’t do anything because it will ultimately lead to dissatisfaction? If we never listen to our mind, then we’ll just sit here passively forever? Sounds pretty bleak to me.” He smiled, as if to say I was deliberately twisting his meaning. “The point is not to deny yourself joy, but rather to stop doing things that look beneficial but that in fact bring you suffering. That is the bait. What you really want when you eat ice cream or pursue a girl is peace. But objects don’t contain peace. The mind would have you believe that they do, but that’s the illusion that we so easily fall prey to. Thoughts are just thoughts. Once you understand that no object can give you lasting happiness, and that following your cravings and aversions only brings agitation, then saying no becomes easy.” 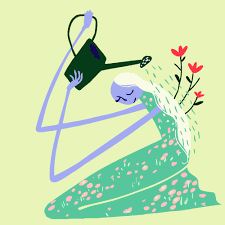 Yes, but… I wasn’t satisfied. “Ok, but again, if acting on our thoughts ultimately brings suffering, why would we do anything? And what would be the difference then between something that brings joy and something that looks like it will, but in fact doesn’t?” “The things that give you joy, he replied, are those that sustain and nurture you, whereas the ones that bring suffering are the ones that get you high. If you eat because you’re hungry, you sustain yourself. But if you overeat, or if you eat because you’re sad or anxious, then you are getting high, trying to run away from some mental suffering. If love develops between two people, this can be very nurturing. But if you chase women for fun, you are using them as a drug, to escape your own suffering.” 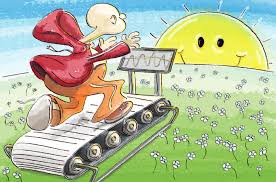 “If you take a bait blindly, whether it’s a thought or an external object, chasing some future pleasure, then you are setting yourself up for disappointment. But if you exercise discernment, you will turn down the baits and choose things that warm the heart instead. These nurturing things have no particular goal in themselves, you do them because the process gives you joy. Reading, writing, gardening, knitting, but also caring for others, practising generosity, being truthful, etc. Nurturance is process-oriented, whereas bait activities and thoughts are goal-oriented. It’s more in the approach than in the activity itself. The thoughts that tend to hook us the most are the ones that would take us for a ride. Those are the bait thoughts that send us chasing our tails and wreaking havoc in the world. They pull us out of balance, into unskillful behaviours that ultimately cause us and others more suffering than joy.” 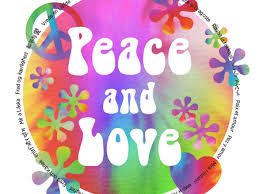 I was stunned. This answered a question I’d been vaguely asking myself for years. It’s not about denying ourselves joy, it’s about discerning between activities that will give us joy and those that look like they will, but won’t. He hammered the point home: “You know, if following every impulse without restraint really brought people happiness, then the Peace and Love Revolution of the sixties would have produced a lot of enlightened people in the West. Instead, people felt mostly disgusted with themselves, the way you do after a gluttonous feast. But this is the human predicament: we think that following our impulses will make us happy. The mind tells you that you need all these things out there, but do you really? And have they brought you the peace you want? If so, why are you here, and why are people so unhappy in the West? So much freedom, and yet so much misery.”

He continued: “It’s not about depriving ourselves, but rather about understanding the nature of mind. Our minds are illusionists, and they make us believe that our thoughts are real and should be followed, and that happiness will ensue if we do. Once you understand the mind, then you know that believing your thoughts will mostly lead to unrest, and you will choose to watch them go by instead of reacting to them. Let your mind throw its tantrum a couple of times, and then it calms down because it knows it can’t fool you anymore. You have seen the illusionist’s trick, and you now take charge of your life. You no longer believe every thought that floats through your mind, and it becomes more difficult for life to throw you off balance. This is peace.”

4 thoughts on “Turning Down The Mind’s Bait”