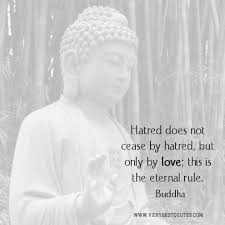 “I’m not sure that fighting for anything will produce much good,” said Ajahn. We were talking about taking action to make the world a better place. “Oppression, violence, injustice, environmental destruction, these things all come from greed, anger and other bad habits of mind. So if we want to change the world, we have to first uproot these things in our own minds, otherwise we end up adding oil to the fire. In the Dhammapada, the Buddha says that hatred can never cease by hatred, but only by love. The key here is to act from a place of peace.”

I thought of all the angry activists in the world. “A lot of people are motivated by outrage and self-righteousness, Ajahn, and their intentions are certainly good. In fact they would argue that nothing gets done without anger. The women’s rights movement, the French Revolution, the fall of the Berlin Wall, these all seem like positive steps, but they happened through confrontation and violence.” He was pensive for a second. “Yes, these are probably good things, but I wonder if the results are as positive as they would have been had they been achieved peacefully. The problem when you fight violence with violence or anger with anger, is that you spread the fire you want to put out. When you act out of anger, you cultivate in yourself the same qualities that fed the injustice you are fighting. If you point fingers aggressively, not only do you become an aggressor yourself, but the people on the other side, those whose actions you are contesting, are quite unlikely to change their minds. I don’t think they will suddenly say, “Oh, you are so right, thank you for pointing out our selfish ways, we will now act more fairly.” No, they will only dig in their heels even more, and things will escalate.”

“Ajahn, I see your point, but let me play devil’s advocate here. I know some people who would argue that the only way to change things is to expose and confront exploitation and hypocrisy. They would find the idea of being loving to perpetrators passive and ridiculous. Some would even say that us meditators are hypocrites because we talk about love and truth, but we stay far from the front lines. We sit but do nothing, they would say.”

“Well, he answered, I’m not suggesting we should sit passively and watch the world burn. My point is that if you really want to change things, your action must come from a place of peace. If you can denounce the wrongs of the world peacefully, like the Dalai Lama has been doing for Tibet, then you are changing the world, even if your action doesn’t bear huge fruit. But if you are shouting angrily at the barricades, then you are not changing anything, even if your action seems to produce significant results. Yes, most change happens through violence and greed, but I’m not sure that this is all positive change. Just look at the state of the world today. This is the result mostly of our collective ancestral mind, a mind ruled by anger and delusion. But I think the changes that people admire most are the ones that come out of nonviolence. This kind of change is seen as positive, because people recognize that it comes from a peaceful mind, and it promotes peace.”

“If you can confront your aggressor while cultivating true compassion and love for him, then something is truly different, there is a new ingredient in the mix. You might touch his heart, and things might change. At the very least, you will not add to the violence. Look at Gandhi, Martin Luther King Jr, or Nelson Mandela at the end of his life. Everything comes from the mind. You can counter violence with violence, but look at where it has taken us. An eye for an eye, and the whole world goes blind. This is the story of humankind.” 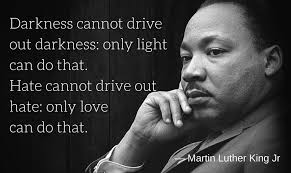 “Yes, I see what you’re saying, Ajahn, I said. So how come we don’t see more Buddhist teachers getting involved in social causes? Aren’t they uniquely placed to lead these efforts?” “Well, he replied calmly, in a way they are involved, but it’s a matter of perspective. The Buddha’s quest was to put an end to suffering, and since suffering starts in the mind, that’s where he looked. Buddhism is a spiritual path. The goal is inner transformation, but of course this brings about outer transformation. We think that training the mind is the most powerful and important thing we can do as human beings, for ourselves and for the world. Buddhism acts at the level of mind, because that’s where suffering starts. If everyone started cultivating inner peace, war and hatred and violence in the world would cease immediately.”