There was a tall skinny tree growing in a forest. The reason it was so tall and skinny was that it spent all its energy reaching for the light of the sun. It was five metres tall, and barely more than an inch in diameter at the bottom. A skinny five-metre tall stem with no branches, shooting straight out of the ground, crowned with a skimpy canopy of small green leaves.

Looking at the tall skinny tree, one would think, “How can such a skinny tree get so tall? How does it not snap in the wind or even just under its own weight?” The reason it grew this way was that it was surrounded by much taller and thicker trees that cast a permanent blanket of shade on its shorter neighbours. This forced the tall skinny tree to put all its resources into reaching the light as fast as possible.

But the tree didn’t complain about the perpetual shade it lived in. Its tall neighbours hogged the sunlight and forced it to survive in the shade. And survive it did. It grew straight and stayed as slim as it could in order to grow as tall as possible, as fast as possible. The skinny tree didn’t fret or fuss, never uttered a single complaint about its burly neighbours.

Sometimes the wind would threaten to snap it in half, but still it didn’t say a word. It just made sure it was pliable enough that it could bend and rigid enough that it could resume its upward journey. Not once did it moan about the lack of light, about its selfish neighbours or about the harsh tropical rain or wind. It didn’t make a story about its conditions. 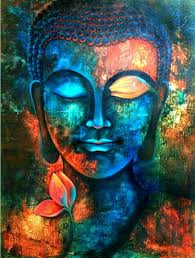 In fact, believe it or not, it is I, the tree’s disciple, who is telling this story. My human mind would create drama about my poor teacher’s difficult life, but it didn’t have a story. In fact, it would disagree with every word on this page if it could read them. It just did what it had to do to survive and thrive. I am the one who would tell you, dear reader, of this underdog hero who became strong against all odds, perhaps even because of these odds. I am the one who would spin a tale of victimhood and struggle, of trauma and healing, of hardship and survivorship, of abuse and growth, of injustice and victory, of war and peace.

2 thoughts on “Teachings from a tall skinny tree”